So in the last month, there has been a lot of talk about the last movie in the Divergent Series heading to TV instead of the movie theater.

The news was a shock to a lot of fans when it first came out. Me too.

But in the end, it doesn’t surprise me much.  I didn’t end up seeing any of the Divergent movies in the theater and I haven’t even seen #3 yet.

There are a couple of reasons for this.  The number one reason for me is I have always known we were counting down to (spoiler ahead) Tris’s death.  I really did not like that choice on the part of Veronica Roth (as didn’t a lot of other people).

Although I enjoyed the book series a lot, I just couldn’t emotionally attach to the movies because I didn’t want to feel what I did at the end of Allegiant. Tris’s death felt pointless to me and false.  I think there would have been ways she could have done it well (or better) but that didn’t happen.

If you look on Amazon it appears that most of the fans of the series felt similarly.

The movie producers also changed the plot a lot for the movie.  I know this is necessary for the visual medium much of the time. But from what I’ve heard (again, I haven’t seen #3) they might have gone too far.

It also seems like they got a bit greedy.  Stretching trilogies into four movies tends to be a cash grab, not really what is best for the story.

Ok.. so here is what we know

All this got me thinking.  So if they are going to do a series, what are the odds they will change the ending and have Tris live? (others think this too).  I don’t know if I would watch a whole TV season, just to know the protag is going to die in the end… I mean, Tris is the Divergent Series.  Who wants to watch it without her (especially with a brand new cast and as a potential long-term series.).

I have ABSOLUTELY no proof for this, but it is a plausible theory.

What do you think? Have any theories of you own?

Also, make sure to check out Configured, my book due to release later in 2016. 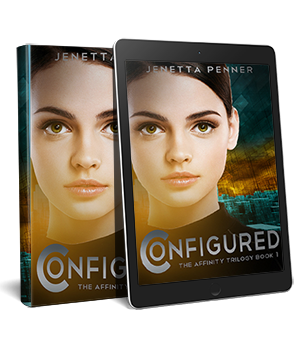 120 years after a virus decimated earth’s population the survivors thrive in safety, away from the death and destruction of the Outerbounds. Divided into three levels of intellect, Citizens focus solely on duty.

Due to her advanced intelligence, seventeen-year-old Avlyn Lark is separated from her twin brother at birth and raised by adoptive parents. She gains privilege, the ideal future. He dies. Avlyn barely knows him yet remains endlessly linked to his memory.

But following a string of rebel intrusions on the city, Avlyn receives a cryptic message and begins seeing visions of her dead twin. The mysterious radical who urges Avlyn to join their fight becomes her link to answers. Freedom.

Opportunity awaits, but if she says yes will she lose it all?

Configured is the first novel in a trilogy YA dystopian/light romance that poses the question: does humanity need love for survival? Fans of Divergent, Matched, and the Maze Runner will love this world of dark secrets, intrigue and desire for a better tomorrow.