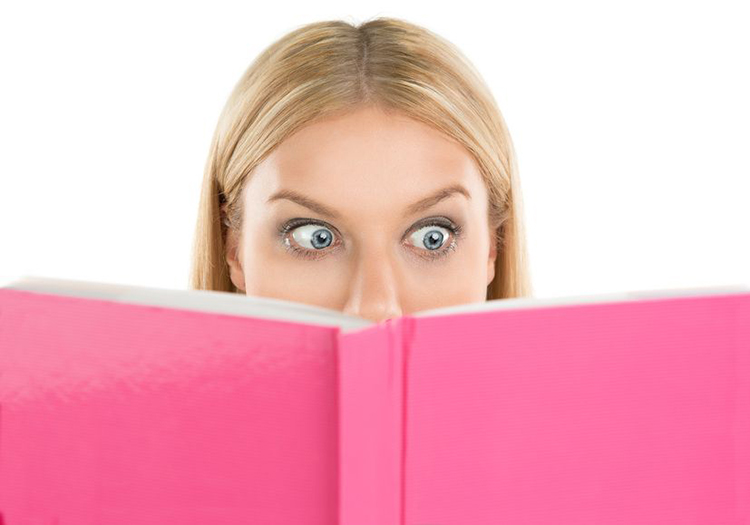 Are you a fan of twist endings?

If done right they can be pretty awesome. I think it’s pretty cool to get more out of a book than you expect.

The below books all have some sort of twist. So if you love that kind of book.. check them out. Allegiant (Divergent, #3)- I won’t spoil it if you haven’t read Allegiant, but this was a twist I did not enjoy. But you have to hand it to V Roth, she did something different.

One choice will define you. What if your whole world was a lie? What if a single revelation—like a single choice—changed everything? What if love and loyalty made you do things you never expected?

Told from a riveting dual perspective, this third installment in the series follows Tris and Tobias as they battle to comprehend the complexities of human nature—and their selves—while facing impossible choices of courage, allegiance, sacrifice, and love. 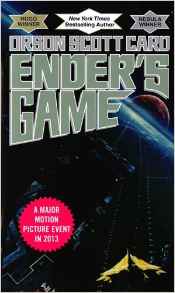 Ender’s Game (The Ender Quintet, #1)- Ender’s game was not my favorite book (although many people love it). But it does have a cool twist at the end.

In order to develop a secure defense against a hostile alien race’s next attack, government agencies breed child geniuses and train them as soldiers. A brilliant young boy, Andrew “Ender” Wiggin lives with his kind but distant parents, his sadistic brother Peter, and the person he loves more than anyone else, his sister Valentine. Peter and Valentine were candidates for the soldier-training program but didn’t make the cut–young Ender is the Wiggin drafted to the orbiting Battle School for rigorous military training. 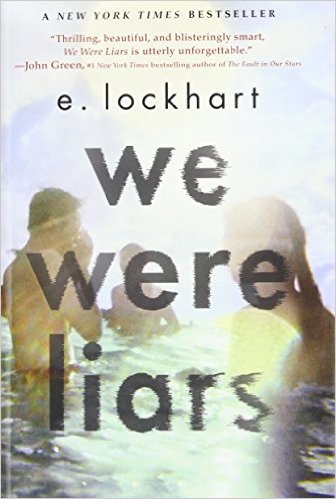 A beautiful and distinguished family.
A private island.
A brilliant, damaged girl; a passionate, political boy.
A group of four friends—the Liars—whose friendship turns destructive.
A revolution. An accident. A secret.
Lies upon lies.
True love.
The truth. Darkness has descended on the Shadowhunter world. Chaos and destruction overwhelm the Nephilim as Clary, Jace, Simon, and their friends band together to fight the greatest evil they have ever faced: Clary’s own brother. Sebastian Morgenstern is on the move, systematically turning Shadowhunter against Shadowhunter. Bearing the Infernal Cup, he transforms Shadowhunters into creatures of nightmare, tearing apart families and lovers as the ranks of his Endarkened army swell. Nothing in this world can defeat Sebastian—but if they journey to the realm of demons, they just might have a chance…

Lives will be lost, love sacrificed, and the whole world will change. Who will survive the explosive sixth and final installment of the Mortal Instruments series? 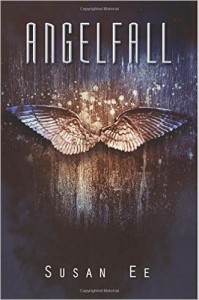 It’s been six weeks since angels of the apocalypse descended to demolish the modern world. Street gangs rule the day while fear and superstition rule the night. When warrior angels fly away with a helpless little girl, her seventeen-year-old sister Penryn will do anything to get her back. Anything, including making a deal with Raffe, an injured enemy angel. Traveling through a dark and twisted Northern California, they journey toward the angels’ stronghold in San Francisco, where Penryn will risk everything to rescue her sister and Raffe will put himself at the mercy of his greatest enemies for the chance to be made whole again. 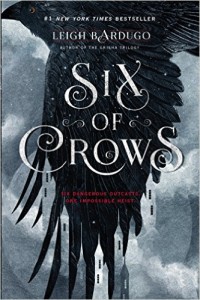 Ketterdam: a bustling hub of international trade where anything can be had for the right price–and no one knows that better than criminal prodigy Kaz Brekker. Kaz is offered a chance at a deadly heist that could make him rich beyond his wildest dreams. But he can’t pull it off alone…

Six dangerous outcasts. One impossible heist. Kaz’s crew is the only thing that might stand between the world and destruction―if they don’t kill each other first. 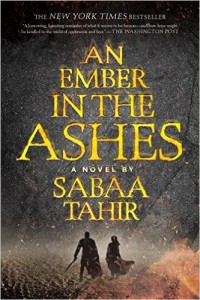 Laia is a slave. Elias is a soldier. Neither is free. Under the Martial Empire, defiance is met with death. Those who do not vow their blood and bodies to the Emperor risk the execution of their loved ones and the destruction of all they hold dear.

It is in this brutal world, inspired by ancient Rome, that Laia lives with her grandparents and older brother. The family ekes out an existence in the Empire’s impoverished backstreets. They do not challenge the Empire. They’ve seen what happens to those who do.

But when Laia’s brother is arrested for treason, Laia is forced to make a decision. In exchange for help from rebels who promise to rescue her brother, she will risk her life to spy for them from within the Empire’s greatest military academy. There, Laia meets Elias, the school’s finest soldier—and secretly, its most unwilling. Elias wants only to be free of the tyranny he’s being trained to enforce. He and Laia will soon realize that their destinies are intertwined—and that their choices will change the fate of the Empire itself. Crown of Midnight (Throne of Glass, #2)

Celaena Sardothien is the king’s Champion―yet she is far from loyal to the crown, for the man she serves is bent on evil. But working against her master in secret is no easy task. As Celaena tries to untangle the mysteries buried within the glass castle, she can trust no one, not even her supposed allies Crown Prince Dorian, Captain of the Guard Chaol, and foreign princess Nehemia.

Then, an unspeakable tragedy shatters Celaena’s world. She must decide once and for all where her loyalties lie . . . and whom she will fight for. 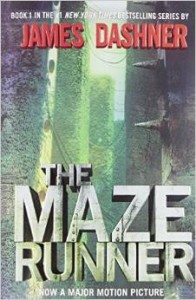 When Thomas wakes up in the lift, the only thing he can remember is his name. He’s surrounded by strangers—boys whose memories are also gone. Outside the towering stone walls that surround the Glade is a limitless, ever-changing maze. It’s the only way out—and no one’s ever made it through alive.

Then a girl arrives. The first girl ever. And the message she delivers is terrifying. 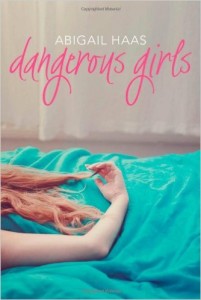 Paradise in Aruba quickly gets gruesome in this “ripped-from-the-headlines thriller (Kirkus Reviews)” with a twist that defies the imagination. It’s Spring Break of senior year. Anna, her boyfriend Tate, her best friend Elise, and a few other close friends are off to a debaucherous trip to Aruba that promises to be the time of their lives.

But when Elise is found brutally murdered, Anna finds herself trapped in a country not her own, fighting against vile and contemptuous accusations. As Anna sets out to find her friend’s killer, she discovers harsh revelations about her friendships, the slippery nature of truth, and the ache of young love. Awaiting the judge’s decree, it becomes clear to Anna that everyone around her thinks she is not only guilty, but also dangerous. And when the whole story comes out, reality is more shocking than anyone could ever imagine… The Adoration of Jenna Fox

Who is Jenna Fox? Seventeen-year-old Jenna has been told that is her name. She has just awoken from a coma, they tell her, and she is still recovering from a terrible accident in which she was involved a year ago. But what happened before that? Jenna doesn’t remember her life. Or does she? And are the memories really hers?

This fascinating novel represents a stunning new direction for acclaimed author Mary Pearson. Set in a near future America, it takes readers on an unforgettable journey through questions of bio-medical ethics and the nature of humanity. Mary Pearson’s vividly drawn characters and masterful writing soar to a new level of sophistication. Harry Potter and the Deathly Hallows

The heart of Book 7 is a hero’s mission–not just in Harry’s quest for the Horcruxes, but in his journey from boy to man–and Harry faces more danger than that found in all six books combined, from the direct threat of the Death Eaters and you-know-who, to the subtle perils of losing faith in himself. Attentive readers would do well to remember Dumbledore’s warning about making the choice between “what is right and what is easy,” and know that Rowling applies the same difficult principle to the conclusion of her series. While fans will find the answers to hotly speculated questions about Dumbledore, Snape, and you-know-who, it is a testament to Rowling’s skill as a storyteller that even the most astute and careful reader will be taken by surprise.

What’s your favorite book with  a twist ending?  Leave me a comment! 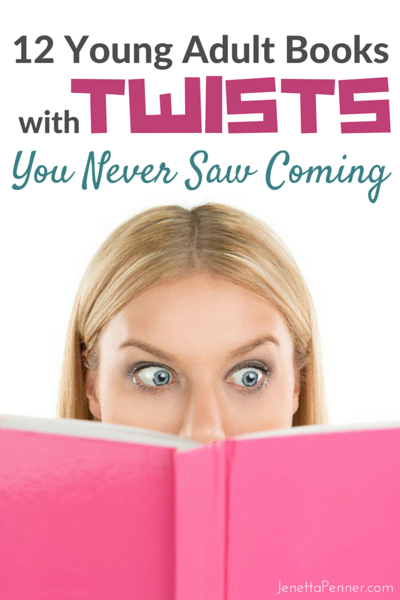